Another type of tree that could maybe go in the forest level.  :) 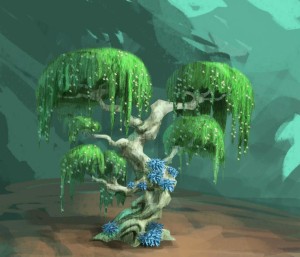 It’s been a while since I posted to the page on what I have been working on, so here it is! New custom terrain surface shader! Like I was telling you on the phone, it’s doing quite a few neato things. It has a moss / snow / whatever layer that is dependent upon slope angle, as well as a slider to control the amount of growth. In addition to that you can tell it where you absolutely do NOT want it to grow by painting the vertex colors of it. It also has a dirt layer that you can manually paint where you want dirt to appear. On top of all this, I’ve found a few interesting things about light mapping. Before I was having issues with normal maps showing up using the standard lightmap setup. Well Unity has this thing called Directional Lightmaps, so it bakes a traditional lightmap as well as what appears to be a lightmap normal map. Anyways, it basically makes it look normal mapped but with light mapping and it actually runs faster than using just a single lightmap (go figure) anyways I say we use them. Here’s a screen shot: 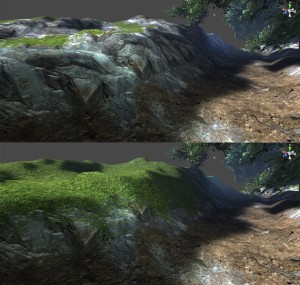 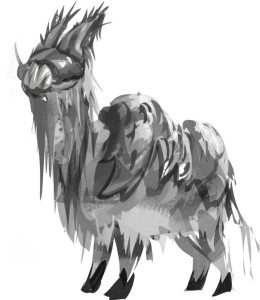 Here’s a concept for a statue asset. Just something the users might encounter on the journey. 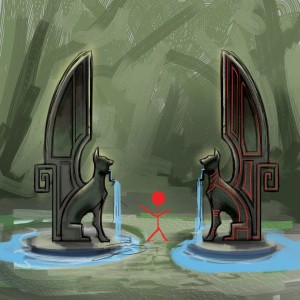 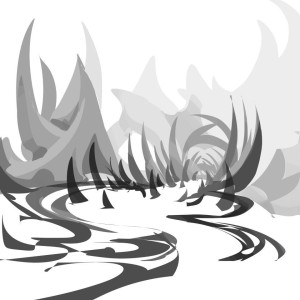