Here’s the latest character concept I’ve been working on. Enjoy! 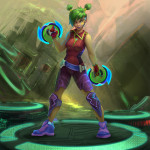 So I did this landscape sketch today and now I wanna see if I can go about modeling it in 3D. 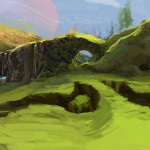 ...
Here's another variation of that same sorta hairstyle. This one has different bangs and a slightly different texture. I'll be working on a completely different hairstyle next. 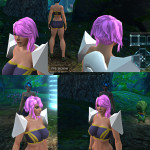 ...
So this isn't 100% there but this is what I've got so far on one of the new hairstyles. This is the same haircut textured in two different ways. Still not quite sure which one we'll use for the game or maybe we'll just end up using both. 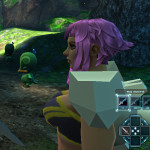 So I’ve been following the development of a new indie game called Archeblade. It’s being created by a Korean studio called Codebrush Games. Currently, the game is available as a free to play as well as having the options for some paid upgrades on Steam. You can find the link @ http://store.steampowered.com/app/207230/

I just wanted to give them a shout-out because of how highly polished this game is. It’s rare for an indie game to be able to hold its own graphically speaking next to AAA titles but this one clearly does. They do have a rather large team with 12 people, but the amount of time and dedication that each of them have put into this entry simply cannot be denied. From the concept art to the final in-game models and environment everything is coming together in rather fantastic fashion.

I’ve played the game in a limited context and although I think some of the controls are a little clunky that might also be because I haven’t invested enough time into mastering  them yet. All in all it’s a really solid title though.

I’d be lying if I said I wasn’t extremely excited to see how well this project does.  Here’s wishing you the best of luck, Codebrush Games.